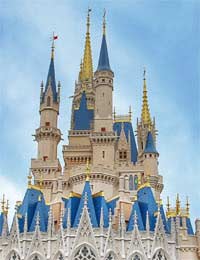 Although package holidays by and large offer greater protection for the holidaymaker, you still need to stand up for those consumer rights if something does go wrong, as this case study shows.

When the Thomas family set off for a holiday of a lifetime to Orlando in Florida, they relaxed in the knowledge that the responsibility for organising the whole event – flights, villa and car hire – was entirely in the hands of the tour operator.

However, it wasn’t long before their faith proved to be misplaced when the dream holiday took an unpleasant turn. Upon arrival at Orlando Airport the Thomases went to collect their car from the local hire car company only to find they were not expected. There was no record of a booking for an 8-person mini van the tour company had supposedly arranged for them at a cost of £600.

Showing the tour operator’s booking confirmation proved ineffective because the hire car company had no corresponding paperwork. As far as they were concerned there was no booking and no payment. Due to the time difference, a call to the tour operator in the UK was unsuccessful and, until the matter could be resolved, the Thomas family were resigned to hiring a vehicle just to take them to the villa.

Unfortunately this introduced a newer problem. When they requested an 8-seater van, they were told this would not be sufficient for a group of seven with luggage, and so would have to upgrade to the next size vehicle – a 16-seater.

The following day’s theme park plans were put on hold whilst the head of the family returned to the airport to try to sort out the car. Assuming that he would get a refund from the tour operator when he was back in the UK, he agreed to pay again and forked out a further £300 to secure the bus-like family transportation.

However, when they eventually returned back to the UK, this refund was not forthcoming. Despite numerous letters and visits to the local branch of the tour company over several months, they only managed to receive one letter of correspondence in return - more importantly though, they had failed to received any money back.

Although the disadvantage to package holidays is that you are putting the responsibility for your entire holiday in the hands of one organisation – effectively putting all your eggs in one basket – this risk is balanced out with a higher standard of protection for the holidaymaker.

For instance, in this case package tour regulations state that the Thomas family are entitled to a refund for a service they paid for but didn’t receive. They would also be expected to receive compensation because, by the same regulations, the tour operator should offer an appropriate travel alternative at no extra cost.

The most effective course of action open to the Thomas family, and anyone else in a similar situation, is to send a recorded delivery letter directly to the customer services director requesting a response. If a reply is not forthcoming then a second letter should be sent, warning that unless they receive a response within seven days they will take the complaint to the Association of British Travel Agents (ABTA).

If that doesn’t evoke a response then the threat will need to be followed through, and a letter written to the ABTA. Under the code of conduct of the organisation, tour operator members are required to offer a detailed response to a complaint within 28 days.

Fortunately for the Thomas family, such direct efforts to resolve the issue on their behalf finally resulted in success. The tour operator agreed to pay the £600 for the original car hire, the extra £300 for the bigger vehicle, a further £30 to repay interest on the Thomas family’s credit card, and what’s more they offered an additional £400 as compensation for any upset and inconvenience caused.

Complaint About Car Repairs and Servicing: A Case Study
Share Your Story, Join the Discussion or Seek Advice..
Yes, it can be annoying. I remember going on holiday with my family when I was about 16 on the ferry. I'm not sure how much my parents paid for it, but they paid + booked a cabin as part of our holiday 'deal'. It was a 10 hour overnight ferry journey. It hadn't been booked, although we had the paperwork. So we slept on chairs in the entertainments hall. Grrrrr.
kal - 7-May-11 @ 8:28 AM
Title:
(never shown)
Firstname:
(never shown)
Surname:
(never shown)
Email:
(never shown)
Nickname:
(shown)
Comment:
Validate: