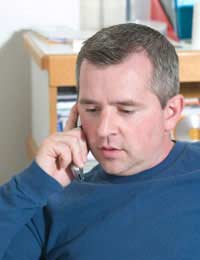 If a gas or electricity supplier fails to provide a satisfactory resolution to a complaint there are industry regulatory bodies set up to make sure the consumer’s rights are upheld.

The deregulation of the UK’s gas and electricity supply markets in the late 1990s brought consumers choice and lower prices but also created a more open and less centralised environment where regulation needed to be more stringent than ever. Energywatch and Ofgem were established to supervise the new marketplace.

Ofgem is an independent regulator of the gas and electricity industries. Its primary role is in protecting the interests of consumers.

Ofgem is specifically focused on the businesses that are currently unaffected by the industry deregulation, such as the electricity distribution networks and the gas and electricity transmission systems. The regulatory body imposes strict price controls to protect customers from excessive charging by these monopolies.

The Gas and Electricity Consumers Council, or Energywatch, is an independent consumer authority that was created in 2000 to promote the interests of all the UK’s gas and electricity customers.

As well as advising various organisations and authorities on behalf of the consumer and campaigning to highlight the issues of greatest concern, Energywatch also deals with complaints from consumers that failed to be resolved with the respective energy companies. It aims to resolve 75% of complaints within 35 working days from receipt and 95% within 66 working days.

However, it does not have powers of enforcement, as it would unfair for a body with a vested interest in consumer affairs to be able to regulate the energy industry. This role is the preserve of Ofgem.

2006 saw the introduction of a new ombudsman scheme for dealing with problematic billing and transfer complaints. This scheme offers an independent and impartial way of resolving disputes without resorting to legal action. Its current membership includes British Gas, EDF Energy, npower and ScottishPower.

When a case has agreed as falling within the jurisdiction of the scheme, evidence is then gathered from both the complainant and energy supplier before being considered by a specially trained officer. A provisional verdict is then reached, and it is up to the consumer and supplier whether to accept this or present additional representation. If they opt for the latter, all the case material will be compiled and considered by the ombudsman, who will then present the final decision.

The final decision might include recommendations for changes in the current practises of the energy supplier, and if the customer accepts the verdict that the supplier is bound to accept it and offer a solution.

Before contacting Energywatch or the energy supply ombudsman, the first port of call for consumer complaints regarding an electricity or gas supplier should be the organisation itself. All suppliers should have customer service helplines offering immediate complaint resolution and a complaints procedure in place.

Effectiveness of Ofgem and Energywatch

Statistics have shown that complaints in the energy industry have taken a significant downturn in the last 5 years, and this fall is partly attributed to the pressure put on the industry by Energywatch and Ofgem.

Over the same period there has also been a noticeable rise in the number of enquiries. This shift is largely the result of Energywatch’s efforts to provide consumers with fair, effective and easily available information and guidance on how to assert their rights.