Finance Regulatory Bodies and How to Complain 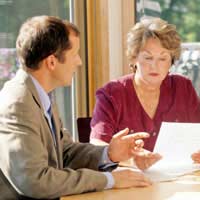 When all avenues of complaint with a financial institution have been exhausted and proven fruitless, the next step to consider is taking the problem up to a higher authority – the financial regulatory body.

The all-powerful Financial Services Authority (FSA) now regulates the financial sector in the UK and the investigation of complaints within its walls is the responsibility of the Financial Ombudsman Service, an umbrella organisation for all the finance ombudsmen.

The FSA is an independent non-governmental body that uses its formidable powers for rule making, investigation and enforcement to meet its ‘good regulation’ objectives. These are the promotion of effective, orderly and fair markets, helping consumers receive a fair deal and the improvement of their business capability and efficiency.

The FSA maintains a handbook that presents the standards expected of regulated firms necessary in achieving these targets.

The ombudsman service provides a free and informal alternative to taking court action. It was set up by parliament to help resolve disputes between businesses offering financial services and their customers.

It is not a regulator, a trade body or a protector of consumer rights. Its role is purely that of expert independent adjudicator, which gives both sides a fair hearing.

The service will firstly decide whether the complaint is valid by investigating the facts of the claim. It typically needs to concern a case of maladministration - something the bank or financial management company failed to do or did incorrectly – as apposed to being about general operations such as overdraft interest rates.

Before contacting the regulatory body the complaint should have first passed through the first two resolution stages and emerged unsatisfied.

The first stage is in following the structured complaints procedure that all financial institutions maintain. The contact should be with the relevant individual or branch directly responsible for the problem. If this proves fruitless then the next step is to contact the customer service department at the organisation’s head office.

The Letter of Deadlock

If after the first two stages, the complaint remains unresolved with the organisation directly, then a ‘letter of deadlock’ is issued. This industry term refers to the letter that a company must provide when its internal complaints procedure has been exhausted, and which concedes that the case can now be referred to that company’s respective ombudsman or an alternative scheme.

What Do the Finance Ombudsmen Cover?

Ombudsmen are able to help with most complaints relating to financial products and services in the UK and cover such areas as banking, credit cards, pensions, stock and shares, insurance and savings and investments.

The ombudsmen are only able to deal with claims relating to businesses that are regulated by the FSA or have a consumer-credit licence from the Office of Fair Trading (OFT). However, with over 100,000 institutions represented, almost every reputable UK service provider is within the jurisdiction of the Financial Ombudsman Service.

The Right Type of Complaint

Whether the financial ombudsmen can help with a particular complaint is dependent on several aspects and subject to a preliminary review.

When the ombudsman first looks at a prospective complaint they will consider whether the business is covered by the Financial Ombudsman Service, what it concerns, when it took place – bearing in mind there are time limits on how long a complaint can be left – and the relationship between the complainer and the business. For example an ombudsman will not always investigate disagreements between rival businesses or complaints from a person who isn’t a registered customer.

How Long Does it Take?

How quickly a case is resolved is largely dependent on whether both parties agree to any of the ombudsman’s recommendations or suggested settlements at an early informal stage, or whether they demand the subsequent formal procedure, which can involve investigations and a full appeals process.

On average 50% of cases are resolved at the early informal stage, whilst 40% are taken up to the more formal level and 10% require an individual conclusive decision by an ombudsman. The Financial Ombudsman Service aims to resolve two thirds of complaints concerning banking, insurance and investments within three months.

If the ombudsman’s finding prove unsatisfactory then the person with the complaint is still able to move onto the forth and final step – the courts. However, if the customer and business accept the ombudsman’s ruling then it is binding and they must adhere to it.