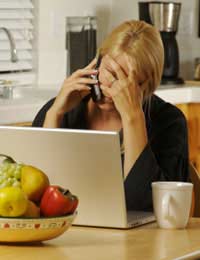 When a consumer buys a product or service they can feel safe and empowered in the knowledge that if anything goes wrong there are expert and influential organisations ready to fight in their corner.

The Office of Fair Trading was established in 1973 and is now well recognised as the UK’s consumer and competition authority. It is a non-ministerial government department focused on maintaining a fair and consumer friendly marketplace.

It aids consumers by empowering them with the knowledge and skills to make informed decisions and get the most out of their marketplace. It also endeavours to make sure that consumers have as much choice across the marketplace as possible, believing that with choice they hold real power.

Consumer Direct is a telephone and internet service that provides people with advice and information regarding consumer issues. It is funded by the OFT and produced in collaboration with Local Authority Trading Services.

Consumer Direct is a ground level service that connects with consumers on a one-to-one basis, absorbing information and intelligence that it then used to inform the efforts and campaigns of the OFT and Local Authority Trading Standards Services.

If a consumer has a problem or disagreement with a supplier of goods or services - whether it relates to defective products, bad workmanship or overpricing - then Consumer Direct is on hand to offer clear, practical and unbiased advice on how to resolve it.

The advice is free but as the telephone service operates on a 0845 number callers must pay for each call they make. Consumer Direct’s reasoning for using a paid number is that it allows them to publicise one single recognisable national number, rather than a confusing variety of regional numbers.

The efforts of Trading Standards in sustaining and improving consumer protection, and maintaining fair trading and the safety of consumer goods, are represented by around 200 local council offices around the UK.

Trading Standards provides a wealth of information regarding customer problems and how to resolve them. It also informs consumers about their rights so that they can support their claims.

If complaint concerns the services or products of a trader that is a member of a trade association, or one regulated by a professional body, then the overseeing authority may well be able to offer guidance in dealing with the problem.

Within the trading sector there are a great number of different associations to refer to depending on the type of service. For example there is a Hairdressing Council and a Radio, Electrical and Television Retailers’ Association. A list of associations is provided on the Trading Standards website. If this does not provide the appropriate regulatory body then the Citizens Advice Bureau will always be able to help.

There are many different organisations that can help a complaint find its resolution but a problem should always be first of all taken to the service provider directly responsible. Many companies have their own complaints procedures and customer service departments that are focused on resolving customer problems, and most are a solved in this manner.
Next Page