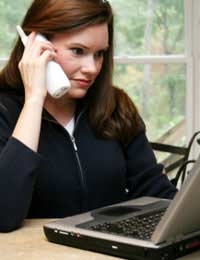 If a complaint with a UK communications provider proves unsatisfactory then the customer is entitled to take their problem up to the national regulatory body and its various ADR schemes.

Ofcom deals with complaints about UK communications but as a large national authority it will tend to only deal directly with serious breaches of standards and fairness. For instance a complaint can be submitted to Ofcom directly if a TV programme breaches the broadcasting rules by featuring a product or brand; a act known as product placement

Smaller issues, such as complaints about content and misinformation, should first be directed to the manager or customer service department of the organisation directly responsible and if this proves unsuccessful, then move on to the appropriate Alternative Dispute Resolution (ADR).

When considering a complaint to Ofcom it is sensible to first seek advice from a local Trading Standards Office or Citizens Advice Bureau. They will not only offer free guidance but may even take up the complaint themselves.

For communication hardware problems, if the complaint fails to find a resolution within the provider’s own procedure then Trading Standards and the Citizens Advice Bureau should be contacted about how next to proceed.

Ofcom have a website that provides useful advice on how to action a complaint within all their areas of communications responsibilities.

If a telephone or internet service provider’s own complaints procedure is unable find a resolution within 12 weeks, or admits defeat by issuing a letter of ‘deadlock’, then the customer should be informed of an ADR scheme they can then pursue.

It is now law that all telephone and internet service providers have to be a member of an Ofcom-approved ADR scheme. There are currently two standard schemes – Otelo and CISAS.

If a customer has a complaint about a communications service provider, the organisation should inform them which scheme they subscribe to so that it can be followed up with them. If a company is not a member of either scheme then Ofcom should be informed, so that action can be taken against them.

CISAS provides a free, independent arbitration service, and the Office of the Telecommunications Ombudsman (Otelo) offers an ombudsman scheme but each are focused on resolving disputes between telephone and internet service providers and their customers.

When is a Complaint Eligible For an ADR Scheme?

The complaint must concern a company that is a member of the respective CISAS and Otelo schemes. Currently Otelo’s membership includes British Telecom, O2 and Vodafone, and CISAS has Orange, T-Mobile and Tiscali.

Both schemes stipulate that a complaint must concern the provision of mobile phone, landline phone or web services, as well as well as specific services like voice mail and text messaging. Complaints could cover such subjects as customer service, repairs, privacy or accounts and billing.

Neither scheme is able to deal with complaints regarding the content of the internet or phone messages. They are both free services and are available to all consumers and very small businesses.

The companies with either CISAS or Otelo membership are bound by the conclusions of the scheme and can be ordered to provide an explanation or apology, offer a certain service or product or pay up compensation of up to £5000.

Nevertheless, big consumer success stories and large payouts are a relative rarity. For the period of 2005-06, Otelo concluded that 30% of cases either required no action or prompted a non-monetary benefit recommendation, whilst in 35% of cases less than £50 was awarded.

Accepting or Declining the Decision

Once the consumer receives a verdict from the ADR they have 6 weeks to decide whether to accept it or not. If they accept it then the guilty company must take the appropriate action within the succeeding 4 weeks. If the consumer declines the verdict or fails to come to a decision in the allotted time then the decree is no longer binding and they can pursue the case in the courts.