Home > First Steps > Who To Complain To

Who To Complain To 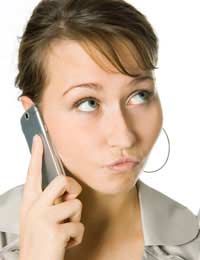 One of the keys to successful complaining is knowing the right person to complain to. However well defined or well supported a case might be, if it misses its target then it risks failing altogether.

The first steps in attempting to resolve a complaint should be made directly with the parties involved. There is no need to send a formal complaint letter to the national head office national if the problem can be resolved by taking an item back to the shop or by speaking to the person at the hotel reception.

If the case requires a greater degree of authority or specialist attention then the next port of call should be the appropriate senior management or customer service department. Many good organisations also employ a special complaints procedure, which can often provide the most effective means of resolution.

With larger companies, complaints of all levels are usually now directed to a designated customer service department. The members of such teams are usually trained and experienced in dealing with complaints.

Nevertheless, this can often prove to be a frustrating and time-consuming method. Criticisms of such services are common and include irritations with waiting times, their impersonal and standardised systems, and the small likelihood of anything being resolved with one simple communication exchange.

Customer service communication is usually a less frustrating exercise via email than on the telephone, because it provides the opportunity for clearly defining the problem in text.

If persistent communication with the responsible organisation proves fruitless then the next stage is to contact the appropriate authority or overseer, who should be able to give guidance on how to further the complaint. They may advise on the relevant independent ombudsman or adjudicator qualified to take up the case.

An ombudsman is an official, usually on government or parliament appointment, who is responsible for representing the interests of the public by investigating complaints on their behalf. Areas such as healthcare, police, financial services each have their own specialist representatives.

In addition to the ombudsman and executive agencies such as Ofgem and Oftel, complainants can also find aid and advice from the Trading Standards Institute or the Citizens Advice Bureau.

With a membership of over 20,000, the Citizens Advice Bureau (CAB) is one of the UK’s largest volunteer organisations. Its purpose is to provide free advice and information to help people resolve such issues as housing, immigration and asylum, consumer complaints and welfare benefits. Advisors at one of the UK’s network of bureaus, are able to help people write letters, make telephone calls and take complaints to court.

Another respected national institution open to the public is the Trading Standards Institute. This similarly omnipresent UK organisation works with consumers and businesses in helping to maintain fair-trading and the safety of consumer products.

These guidelines are appropriate to most complaints and consequently only a general guide. Ultimately the direction of the complaint will vary according to area and size of the organisation and the type and severity of the complaint.
Next Page