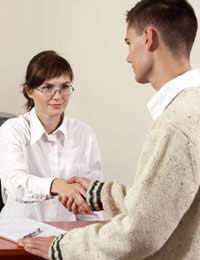 Certain customers are complaining not to exercise consumer power but exploit it for their own gain, and exasperated companies are starting to clamp down.

In a competitive marketplace, successful companies must work hard to maintain a happy and loyal customer base. A crucial factor in this is how well they respond to complaints – after all, they say a well-handled complaint can turn a disgruntled customer into your most loyal. Such eagerness to please is good for consumer power but it’s also vulnerable to exploitation by customers who are not seeking a good service but rather 'something for nothing'.

There is a small minority of customers that are persistent complainers, but not because they have impossibly high standards; they complain with the sole aim of getting reductions, refunds and freebies. Justifications for complaint are not even necessary, because if they can't find one they can easily invent their own.

The problem of the serial complainant is one that has grown in recent years, stimulated in part by the Internet. The flood of online articles, advice and support imploring customers to stand up for their consumer rights and not meekly accept sub-standard service is largely well-intentioned, but it can sometimes be interpreted to mean that if you make enough fuss about something then companies will invariably shower you with compensation. The customer is always right after all.

Serial complainers, that exploit consumer power for their own gain, may only represent a small percentage of the consumer population but their actions are causing companies to lose patience. Bogus complaints cost companies, bring bad publicity, and drain time, effort and good will that is better spent on customers with genuine grievances.

Dealing with the problem demands radical action. Serial complainers are impossible to deal with on their own terms; ignore a complaint and they will doggedly persist; deal with it courteously and they will be encouraged to try again another time.

Holiday giant TUI Travel – which looks after 89 brands including Thomson and First Choice, as well as 7 million British tourists - hit upon a solution to this catch-22 situation. It decided to add persistent complainers to its own black list of persistent complainers, which means they’re then barred from taking holidays or flights with any company that the international travel group own.

If a black listed customer then tries to book another trip they are then told the respective travel brand will be unable to meet their expectations, and TUI Travel are spared any more of their frivolous and dubious complaints.

The creation of the black list was prompted by incidents whereby customers had deliberately damaged something in their hotel rooms so that they could claim their accommodation wasn’t up to standard and seek compensation. Holidaymakers had been known to yank wires out of the walls to complain about hazardous wiring, or break electrical appliance to claim damages.

In such instances it can be hard for the travel company to prove the damage was caused by the customer deliberately. With a black list, the customer is branded with a reputation for suspicious complaints.

Other persistent complainers may not be as deceitful but will be relentless in their pursuit of something to complain about, however small. Certain customers have been known to deliberately book a new-build hotel because they know they will uncover some cause for complaint, whether due to natural ‘teething troubles’, or ongoing building development.

TUI Travel’s black list is far from a unique way of dealing with troublesome customers. There are now various websites that warn companies about blacklisted customers.

Targeted at the short-term accommodation industry, GuestsBehavingBadly.com shares information about bad guests, and Customers2Avoid.com is aimed at weeding out fraudulent customers.

The Sub-Culture of Complainers
Share Your Story, Join the Discussion or Seek Advice..
I have hadan issue with a Post office cashier in a Spar store. I complained previously about this female cashier and she must have held a grudge. I had been using this PO in a Spar shop, for over a year. She even seen me using the shop. So one day I am in, in the morning when she is on. She says something and I simply tell her I am waiting for the other cashier, because I have had trouble with her in the past and don't want any trouble. She then starts making a fuss and goes crying to the Spar Manager, who promptly comes out and says i'm banned for intimidating the girl, from outside of the store?? I said to him, is that even possible and they admit they have no proof of any such intimidation. She then claims I was previously banned by her, which I deny as it never happened. The upshot is that the police were called as he asks me to leave the store and I said no, as I had done nothing wrong. I never swore or was aggressive. The police came and I told them my story and they sided with the store, as per usual. I complain to the Spar wholsesaler, they side with the girl, even though there is not a shred of evidence to her claim. I complain to the Spar wholesaler, CJ Lang, in Scotland. The two Managers simply side with the girl and now say I am banned for life, even though they admit, no crime or agrression towards the girl or manager, ever took place. Just this alleged "intimidation from outside the store", even though there is no CCTV or any proof of this. I was simply outside the store after the first incident. The second Manager says the case is closed, but I have not even been given the chance to see the CCTV footage. How do I proceed now?
Joe - 30-Nov-17 @ 10:43 AM
who is in the right ? serial complainer on phone advisor asks 3 times for help from manager... advisor is stressed with customer shouting and screaming over nothingand cant do anything for him as doesnt want anything but to shout ...shown on account that all he does is complain and company pay out hundred of pounds to keep him quite so he doesntgo to ombudsman to ruin company brand ...... 3rd time advisor doesnt put the cust on hold when asking the manager for help and cust over hears part of the discussion asking for help .....nothing rude or anything verbal abusive ... however that advisor is punished by her manager with a written warning and sent for investigation ....after asking her for help on 3 occasions how would you deal with a situation like this would you protect your staff or protect the customer; from nothing incase he complains futherto ruin brand kind regards upset employee
simba123 - 9-Mar-17 @ 2:56 PM
Title:
(never shown)
Firstname:
(never shown)
Surname:
(never shown)
Email:
(never shown)
Nickname:
(shown)
Comment:
Validate: