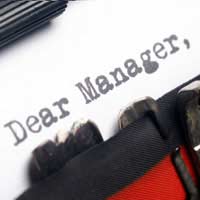 The British enjoy a good moan but when out shopping they are not renowned for standing up for their rights. A recent government campaign encourages consumer confidence in getting the best deal.

‘It’s Your Call’ is an Office of Fair Trading (OFT) scheme designed to make UK consumers more demanding, and make businesses compete for their money.

The motivation behind the campaign was the British reluctance to negotiate over products because many believe it makes them appear cheap. In the USA shoppers take great pride in saving money by bargaining.

Too often British shoppers think that businesses are doing them a favour by providing a service and treat them accordingly. The reality is the complete opposite.

If consumers take charge then businesses will fight harder for their attention, a situation that will raise the standards of the marketplace and ultimately serve the consumers, businesses and the economy.

The OFT encourages consumers to be assertive, and ask for exactly what they want and not just what is offered.

Clued up consumers should do their research before buying a product, considering aspects such as price, delivery costs and guarantee. Customers can always shop around before deciding on one particular supplier, and the internet makes this process especially easy.

They should not be afraid of negotiating on price. It is always worth telling a company that they’ve seen an item available at a better price elsewhere.

Increasingly products are sold with extra services that many consumers accept without much thought. These extras are often completely unnecessary and are just a way of getting extra money from the customer. Consumers should always think carefully before persuaded into making any purchases that they hadn’t planned on.

Consumers should always complain if their purchases are not up to standard. In such a competitive marketplace and with the law firmly on the consumer’s side, there is no reason to put up with shoddy goods.

Understanding How to Complain Properly

Many people would argue that the British public are more than happy to complain and that the stiff upper lip stereotype is a myth. The problem they have is in not being able to complain effectively.

Many complainants come across as whingers and moaners because their efforts at securing good service involves getting angry and shouting at a shop assistant, without any clear idea of what they want to achieve.

In being more assertive shoppers, British consumers need to learn the basic rules of complaining; being concise and to the point, being direct but not angry or rude, keeping a detailed record of the problem and always having a sensible and realistic resolution in mind.

The more progressive companies are realising that a more proactive consumer is good for them too.

For instance, it costs companies more to find new customers than it does to satisfy their own unhappy ones. Not only that but a company that deals with consumer problems successfully is more likely to create a greater loyalty amongst its customers than those who don’t get any complaints.