Home > The Law > Resolving Disputes Without The Courts

Resolving Disputes Without The Courts 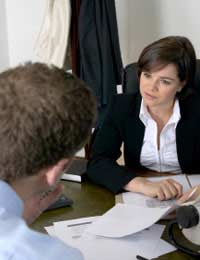 Resolving a complaint claim by going to court can be an expensive, time-consuming and stressful experience. Fortunately there are many alternative options available.

The collective name for the ways in which one can resolve a complaint without resorting to court action is ‘Alternative Dispute Resolution’ (ADR). This banner is the header for mediation, arbitration and ombudsman schemes and recognised as the next step for people with serious claims before the final solution of the courts.

What Benefits Do ADRs Have Over Going to Court?

The principle advantages to an ADR over court action are that they are cheaper, less stressful and able to solve problems faster.

Alternative dispute resolutions don’t always have to replace court or tribunal proceedings, but can be used as complementary combination, with the ADR, for example, helping to easier define the core problem.

What Can I Hope to Gain From an ADR?

A legal action is generally required when the only way to resolve a dispute is through a strict judgement of the court. ADRs tend to offer more flexible and less damning resolutions, such as getting an apology, an explanation or an item replaced.

The trade associations that represent many organisations, are often able to help consumers with a problem and sometimes even run a special conciliation service.

Conciliation is an informal procedure whereby the association attempts to find a resolution that both the consumer and the service provider can agree on. However, it is not usually legally binding and so the service provider would not be breaking the law if they subsequently decided not to follow the ruling.

As it involves an impartial arbitrator making a verdict after reviewing two sides of a case, arbitration is considered to be like court proceedings albeit less formal and focused primarily on written evidence.

Trade associations commonly have their own arbitration schemes. For example the Association of British Travel Agents (ABTA) deals with disagreements about holidays. Some schemes are self-run, whereas others are organised by the Chartered Institute of Arbitrators (CIArb).

If a consumer has a complaint with a business attached to a trade association then it is worth asking whether they run an arbitration scheme to help deal with the problem.

The arbitrator‘s verdict is binding and must be adhered to by the consumer and the service provider. It is therefore not possible to follow arbitration with court proceedings if the results are unsatisfactory.

If arbitrators are judges, then ombudsmen are referees, responsible for fielding complaints about public and private organisations. They are usually called on to investigate when a complaint has not been resolved through the normal company complaints procedure.

Ombudsmen therefore do not make binding judgments on particular cases but instead review contested public and private sector decisions. The ones dealing with the latter generally investigate whether the decision was a fair and sound one based on industry standards of decent practice. Sometimes ombudsmen award compensation if they agree with a complaint whilst other times they recommend that the accused company accused does so.

Ombudsmen services are free and operate much faster with fewer twists and turns than legal proceedings. However, they do usually stipulate that claimants first pursue all other methods of complaint resolution before calling on their services. There are also time limits of when a case can be taken to an ombudsman of usually between 6 and 12 months.

Going to Court if Your Complaint Cannot Be Resolved

Knowing Your Rights Before Complaining

Legal Advice When Making a Complaint
Share Your Story, Join the Discussion or Seek Advice..
my daughter hired a solicitor for an employment discrimination case .My daughter suffers with PTSD, depression and anxiety.The solicitor ignored my daughters request to do things in a timely manner as leaving it to the last minute, had an adverse imact on my daughters mental health.I made a personal complaint to the solicitor about her aggressive and insulting behaviour on 9th March, the firm of solicitors insisted we change solicitors which I said not do anything as my daughter was the client.When we received the next bill, my daughter realised that another solicitor had taken over the case.On the detailed invoice we noticed that 4 units were charged for in chatting to the owner of the firm to discuss next steps and attendance on client.There was never any attendace on client as we didn't now the solicitor who was charging.There were also 4 emails gaining cost information from a barriser.the firm were already informed that my daughter wanted to chose her own barrister, and had already gained the same estimates.The new solicitor charged us for the privilage of asking for an estimate.How do we controle how our money is spent. How are we, as normal people allowed to chose who represented us.The ombudsman investigated the complaint and found poor service but even with actual evidence to prove my daughters complaint the ombudsman still agreed with the soliciting firms hearsay which had no solid evidence.My daughter has been forced to accept the preliminary decision as she is mentaly incapable of fighting for justice anymore.Can I publish all the evidence for the media to decide whether my daughter has been let down by the law as aa mentally disabled person? I'll never trust anyone within the law again.I just wanted another legal profesional opinion. Thank you for listening, Regards Jen
jennipenni - 15-Jan-17 @ 10:25 PM
Title:
(never shown)
Firstname:
(never shown)
Surname:
(never shown)
Email:
(never shown)
Nickname:
(shown)
Comment:
Validate: