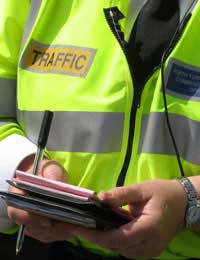 Parking tickets are often issued unfairly and you may wish to complain. Although it may take you some time to fight the ticket, 70 percent of Appeals are won so it is well worth it. There are different rules for public and private notices and this section deals with public parking tickets only.

Who Has to Pay the Fine?

Although it is the driver of the vehicle who incurs the fine, it is actually the vehicle’s registered keeper who is responsible for the fine unless you were driving a hire vehicle at the time. If you intend to Appeal it, then you must notify the company of your intentions.

When you are issued with a public parking ticket, you are required to pay a fine within 28 days or the fine increases so it is important that you act immediately. A fine is normally halved if you pay within 14 days. Do not pay the fine as this is admitting liability. If your car has been clamped or towed away then you will have to pay the fine but make it known to them that you are paying in protest.

Gather as much supporting evidence as you can such as photographs of where the vehicle was parked, signage or lack of, parking metres or bays etc and anything that you believe can support your Appeal, such as witness statements, proof of mitigation, or a crime reference number if your car was stolen or taken without permission.

The first step is to find out who issued the notice as there are civil and criminal tickets issued and different rules applied to each. The council or local authority may issue a PCN which is the most common civil notice and Fixed Penalty Notices issued by the police are classed as criminal notices.

Grounds of Appeal differ whether under civil or criminal law. Criminal rules can vary, so either check your council's website or if the police issued a ticket, call the number listed, to ensure you know the rules. In general, it is worth reading the civil guidelines as the same principles usually apply. Under Civil rules, there are nine official grounds for appealing a ticket with the most common being that the alleged contravention did not occur. In other words, they got it wrong. This can include inadequate, blocked or wrong signage, faded markings and anything ambiguous. If your vehicle was clamped or towed, there are separate grounds for Appeal that you will need to look at.If you admit you were parked illegally but there were mitigating circumstances then detail them. You can include being unable to pay the fine, though it is luck of the draw whether they will cancel the fine or not.

This is the first step of the Appeals process. Write to the authority telling them that you believe the notice was given unfairly and the reasons why. Make sure you send all the evidence at each stage of correspondence as it is likely to be seen by different people at each stage of the process. You must adhere to the guidelines set when corresponding as otherwise you’re likely to lose by default. The body may take some time to respond but after 56 days of not hearing anything, you’re likely to win by default.

If the informal Appeal does not work, detail your complaints in their standard Appeal form with all evidence attached. The Council has 56 days to respond to you or you win by default. If they do respond, it will either tell you that you’ve won or they will send a Notice of Rejection of Representations letter. At this stage, you will have lost the right to pay half of the fine so there is no harm in continuing and you will only be told to pay the council’s costs if your claim is found to be vexatious or frivolous, in other words, a waste of time. Another form will be sent which you have 28 days to complete if you wish to Appeal further.

You need to submit with the form and attach evidence again, with a separate letter detailing your reasons for Appeal. You may wish to attend a hearing personally though it not a court hearing and most are satisfied with writing. Your appeal may be upheld, or dismissed, giving you 28 days to pay the fine. They may also dismiss the Appeal but give reasons why the council should dismiss the fine. If so, the council will notify you within 35 days of its decision.

If you would like more information about fighting a parking ticket then contact your nearest Citizen Advice Bureau.

Communications Complaints
Share Your Story, Join the Discussion or Seek Advice..
[Add a Comment]
I received a parking ticket issued by UKCPC outside Halfords in Sutton in Ashfield Nottinghamshire. The letter said driver observed leaving the site, as I have always used this car park and never had any problems before wether going into Halfords or nipping to the bank. On this occasion I did nip into town, you are allowed 2 hours parking at this site which no one would need to go into Halfords. I did actually look at the parking noticeboard to see if anything on the information had changed but didn't see anything. After receiving the parking penalty I went back to have a look and took a photo of the sign which does actually state near the bottom that the driver of the vehicle must remain on site throughout the entire period of parking. Surely it would be better to say in bold letters at the top of the sign for patrons only where you don't need glasses to read it. Is it worth appealing this. Thanks
Tray - 26-Mar-19 @ 12:49 PM
@Mol 0- if you still have the ticket you should be able to appeal, as you have proof of purchase.
Ed - 27-Jun-17 @ 3:50 PM
I received a parking fine yesterday in Bury, I paid for a ticket for 2 hours at 14.00pm, I returned at 15.50pm to find a parking ticket on my van, I put my ticket on the drivers side window as I was parked nose in next to a wall and fence so it would be easier for them to see on my window. The ticket was issued at 15.20pm, and he ticked the box saying I had no valid permit or ticket, which I did. So I think I was issued the ticket because it wasn't on my windscreen and it was stuck on my window.What should I do?!
Mol - 27-Jun-17 @ 8:52 AM
I was given a parking ticket for 100 by total fitness I was never told the car park was manned it was on a Sunday evening g1 hour before closing I had parked in front of disable bay showing no sign I suffer with a knee problem so as it was an hour before closing and all bays were empty I used it within 5 might seem ticket was given the person must have been sitting watching me I also stated that when joining g the gym my contract did not mention parking g rules so I did not agree contractually to abide by the car park rules as I had not been given the so the contracts none existentandnotenforcable they have disregarded my letter refusing to pay given the reasons why and are threatening me with debit ref agency y and court . I am considering ignoring them now as a pealing to ipc I feel is a waste and my agreeing the fine. I am worried it will cause problems to my credit rating can anyone giveadvice.
Jan - 20-Mar-16 @ 10:13 AM
I have 3 parking fines from Asda for so say staying longer than 21/2, which did not happened.Asda is on my way to and from work, I popped in on my way to work and popped in my way back home.Some how they did not scan me back out and back in and said I spend all day there.They won't cancel the fine because say there is evidence on their scans - this is a money making scam and Asda should be ashamed of themselves.
Help - 2-Nov-15 @ 11:54 PM
Hi, I received a parking ticket in manchester today, i was nipping into a restaurant to change my sons nappy. I did park on double yellow lines, so i accept i should receive a ticket. The ticket guy was putting a ticket on my car when i came out with my little boy. He was extremely rude to me, calling me a stupid woman. He then got his camera out and started taking pictures, not of the car, but of myself & my son. He continued to photo my 14 month old boy through the car window. I am obviously extremely upset about this. Surely the only picture he should be taking is of the car? I had my phone so i took of a picture of him photographing us! Do you know who i complain to ? I have the parking ticket. This guy could be anyone! Many Thanks,
claire coates - 3-Apr-11 @ 10:07 PM
Title:
(never shown)
Firstname:
(never shown)
Surname:
(never shown)
Email:
(never shown)
Nickname:
(shown)
Comment:
Validate: