Home > Common Complaints > Questionnaire: Do You Have Grounds to Fight Your Parking Ticket? 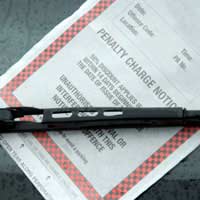 If you have been issued with a parking ticket and think it is unfair, you need to write to the ticket issuer detailing the grounds as to why the ticket has been unfairly issued and any supporting evidence. This questionnaire aims to help you discover if you have adequate grounds to appeal.

1) Was the ticket a Public Charge Notice issued by the council or local authority or by the Transport for London Authority?
2) Have you been issued with a Fixed Penalty Notice from the police?
3) Was the charge issued whilst parked on private land, a supermarket or train station car park?
4) Have you left the invoice unpaid?
5) Did you believe you were able to park there?
6) If so, do you have reason to believe that they have got it wrong and you were actually parked correctly?
7) Was it difficult to see signage for parking because it was too small, hidden, or ambiguous?
8) Were you parked correctly in marked bays?
9) Where markings faded?
10) Have you checked to see if you have been overcharged?
11) Did the council add a new restriction without following proper procedures?
12) Was someone else the owner of the vehicle when the contravention occurred?
13) Was the vehicle stolen at the time of the contravention?
14) Was the vehicle used without your permission at the time?
15) Have you already paid the charge at the correct time?
16) Do you agree that you parked illegally/incorrectly?

17) Is the Notice you have received fully complete and correct?
18) Were there any emergencies or mitigating circumstances as to why you parked there?
19) Would paying a fine cause financial hardship?
20) Is the fine disproportionate to the breach?

Question 4 is a very important factor. If you have already paid the ‘fine’ and wish for a refund, then you are very unlikely to win your case as paying is seen as admitting liability. You should not pay if you plan to appeal but you must act quickly as most fines will increase.

Questions 5 to 11 are part of the most common ground to appeal a parking ticket; the contravention did not occur. If you truly believed that you were able to park there, for example, there were no clear signs or markings were faded and you have photographic proof then you have very strong grounds to fight your case.

Questions 12 to 15 deal with the situation where, for example if you had sold the car the week prior to the offence or breach or if the car was stolen at the time. If you can prove the sale or that you reported the theft of the car, you have extremely strong grounds to win. If someone else was driving the car without your permission, it is more difficult to prove but you can ask to see if the ticket issuer has any evidence of the driver. If you have already paid the charge, simply show bank statements or telephone statements to prove you called the pay line.

These questions are only if you admit to the offence but have good reason to appeal. If you can prove there was an emergency, you have a good chance of fighting the ticket. It is harder to appeal when admitting the offence though worth trying if you will struggle to pay.

This is a ‘catch all’ that is only applicable to private parking tickets and can be applied in addition to another ground or alone if the fine is too harsh for the breach.

The more grounds you have, the stronger your case. This questionnaire covers the general grounds for fighting a parking ticket and that you should look up the individual rules for each issuer for more detail.