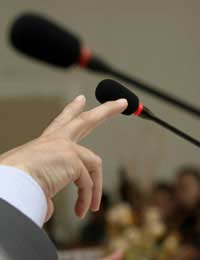 If you want to make a positive difference to your local community and help to shape its future then why not consider becoming a local councillor?

Making a Real Difference to Society

If we want to see positive changes in our society and environment then we can exercise our rights as a democratic citizen – for example we can vote for political party whose views align with our own, or take to the streets in peaceful protest. But in a nation of millions, it can be difficult to make a real difference without millions on your side.

The area where one person can make a positive impact on lives of others is in the local community. If you want to be involved in shaping the future of your local area then becoming a councillor is a worthwhile and rewarding option. Elected by the people, a councillor is the voice of the people, airing their views, and representing the issues that are important to them.

Voice of the Community

Grumbling about council bureaucracy is popular pastime for many – public transport is shoddy, older people are neglected, youth interests are ignored, public facilities are lacking. But the council is not an anonymous and indifferent government department, it’s run by local people. Therefore if you don’t agree with its actions, or inaction, and don’t feel your interests are being taken into account, then become a councillor yourself and help relieve the grumbles.

What Does a Local Councillor Do?

Across England and Wales there are over 20,000 elected councillors representing the interests of the communities within different 410 local authorities. They represent their ward for four years.

As a local councillor you represent your local ward for a period of four years, and your duties might include:

As they are not council employees, elected councillors are not paid a salary or wages – they might provide the policies but it is the fulltime job of the paid employee to put them into practice. Councillors should believe the personal satisfaction of making a positive difference to the lives of local people should negate any desire for monetary reward. Nevertheless, they are entitled to allowances and expenses to cover the costs of performing their public duties.

How Do I Become a Local Councillor?

In order to stand for election as local councillor, previous experience isn’t necessary, the key requirements are that you are aged 21 or over and have lived or worked for over 12 months in the area you wish to represent.

It is, however, uncommon for councillors to arrive at the position without any experience of local politics. Many are already active in a political party, trade union of school governing body, and see the councillor role as logical step forward. The majority of councillors are active members of a particular political party, although some people do stand for election as independents.

For more information on becoming a councillor you can contact your local authority. They will also be able to put you in contact with your local councillor if you want further advice or guidance.