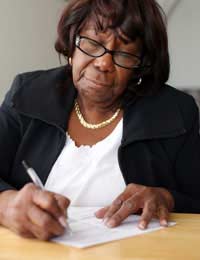 In the age of emails and text messages letter writing may be a dying art form, but it is still a powerful means of resolving a complaint.

The perfect complaint letter should be polite and to the point. It should be concise - no more than a single page or 500 words – but include all the necessary details, such as appropriate account numbers, dates and, names of people involved. It should also demonstrate a good standard of English with no spelling or grammatical errors.

If the complaint demands proper investigation then it should be sent to the company’s head office. Employees at a lowly branch will often not have the authority and power to deal with a complaint as effectively as those at the main headquarters. Also a complaint that aims higher up the company ladder is one that demands to be handled with care.

However, unless the problem is a particularly serious one it is usually not wise to address a complaint directly to someone at the top of an organisation, such as a chief executive. The correspondence will probably be ignored and may irritate the employees lower down company ladder whose job it is to deal with complaints.

If possible it is always better to write to people by name, as it singles out one person for direct one to one communication, and makes them responsible for dealing with it. To find out the name of the appropriate manager it is worth asking a member of staff at the organisation or referring to their website.

If the complaint refers to a member of staff then every effort should be made to find out their name and refer to them directly, or at least provide a good description, otherwise the reference is useless.

The tone of the letter should always remain dispassionate and formal, as if were a business correspondence. Nevertheless it is important still to stress the inconvenience or upset the problem has caused.

However much it might be deserved, the letter should avoid condemnation and, needless to say, it should never descend into rudeness or personal attacks. At the opposite end, the writer should not resort to pandering by apologising to the addressee - bearing in mind that rather being inconvenienced by complaints, companies benefit from them as free market research.

For a very serious and authoritative letter it is a good idea to research the appropriate consumer laws beforehand and use them to their advantage. They do not necessarily need to be stated, a reference to them being understood will suffice. The two most appropriate laws for consumers are the Supply of Goods & Services Act and the Sale of Goods Act.

Copies of any appropriate evidence, such as receipts or independent reports, should be included with the letter. The originals must be kept in a safe place otherwise they might be lost or ‘mislaid’.

Rather than just be an aimless sounding off about a particular problem, the letter should have a purpose. It should state clearly what is expected in compensation for the upset and inconvenience, whether it’s a refund, a repair or a replacement.

Although it may be offered in the response letter, it is usually a bad idea to ask for an apology or an explanation, as many businesses, for some reason, find this hard to provide. The letter should also give a realistic time deadline for a response, such as within 14 days.

Finally, with all these causes for deliberation outlined, it is still vital to not to spend too long deliberating over it. The quicker the letter is sent after the problem occurred the more likely it is to be successful.