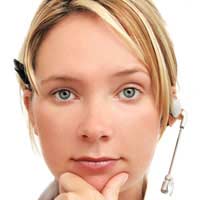 With complaining such an underground activity, many people are left confused as to when is the appropriate time to air their grievances and when are they causing an unnecessary scene.

The Right Time to Complain

In a society where complaining has traditionally never been encouraged and even been degraded to a level of distastefulness alongside moaning, many people with genuine grievances have been left uncertain and uneasy about when is the right time to complain.

The correct time to complain should in theory be when a service or product is below the expected standard. If someone pays money for an item or a meal or as council tax for the maintenance of the local area, then they expect certain standards to be upheld in return. It is only fair.

Unfortunately the actual standard level at which an individual is prompted into action is usually much lower than this. The level varies from person to person affected by their personality and a catalogue of anxieties and concerns.

There are the more aggressive and uninhibited people who think nothing of complaining about any minor dips in standard. At the other end of the spectrum there are the meek populace who put up with almost anything just to avoid a ‘scene’ or conflict of any kind. On the whole, most UK citizens sit in the middle, but leaning much closer to the latter than the former.

A Scene in the Restaurant

A classic example of this unwillingness to complain in the face of unacceptable standards is the bad restaurant meal. If customers are served up a poorly cooked, ill-prepared meal then they would often much prefer to grin and bear it than complain to the waiting staff. This would create an unpleasant and embarrassing scene in a busy public place and ultimately ruin the whole evening.

Many reason with themselves that they will make their stand by not tipping as much or by not visiting the restaurant again. Others even think that as the food was excellent on their previous visit then they are willing to dismiss this as an unfortunate one-off. Such private reasoning and silent protests are completely ineffectual. By not recognising the right time to complain and taking action, the person has not only done themselves an injustice but done the restaurant a disservice by not informing them of their bad experience.

There is a theory that by not complaining at the appropriate time, that person is helping keep quality standards lower for everybody. Conversely if everyone complained when they should then quality for everybody would improve.

Many people live under the delusion that shops, restaurants and other businesses are doing them a favour, and to criticise is to be ungrateful and rude. But the customer is king, and it is job of the business to keep the customer happy. If they are served a cold meal then they have the right to request a hot one instead, because that is what they paid for.

However when is that point when a sub-par restaurant switches from having a minor flaw, such as being lukewarm, to being intolerable and spoilt, such as ice cold food or when there’s a fly swimming in it? Unfortunately there is no clear cut level of acceptability where if something slips below it is suddenly necessary to complain, it is entirely subjective.

To complicate matters further people are often provoked to complain not by one whopping great blunder but by a series of minor mistakes that have caused the diner to snap.

The diner, like any other victim of poor service, must decide what is unacceptable to them and be sure to act on it. If a customer is content to eat a steak served rare when they ordered it medium, then perhaps principles should be set aside to avoid creating an unnecessary disturbance. However, if the sight of it swimming in blood makes the customer squirm then it is time to signal the waiter.

What is important is that the individual follows their own personal standards and levels of acceptability and not worry about, or try to conform to, those of people around them.

Complain When the Anger Subsides

As a final point, one time when it certainly isn’t a good time to complain is when the red mist is clouding one’s vision. People are rarely thinking in a clear and rational manner when they are in a angry emotional state. If someone begins complaining in a rage then they may well regret it when they calm down and realise their mistake.
Next Page

How Organisations Benefit From Complaints

Why Complain?
Share Your Story, Join the Discussion or Seek Advice..
[Add a Comment]
We have recently found out that Sainsbury's have switched our weekly delivery to their Darwin store and that because of this we are now unable to get delivery of a number of regular items, which are available for delivery at Castle Boulevard, Nottingham our normal delivery store. We have complained to both the Chief Executive, Mr Simon Roberts, and the Chairman, Mr Martin Scicluna, but on each case our emails have been intercepted by an unsympathetic lady in their Executive Office. We have not been given any explanation for the delivery depot switch and simple quoted 'All our items are subject to availability' for the reason we cannot obtain our regular 'favourite' items. After being a customer of Sainsbury's for over 50 years we think their treatment is terrible. Has anyone else experienced similar problems ?
Joe - 14-Sep-21 @ 6:39 PM
I have been had by tax credits by 50%I am struggling fininacial hardship as I have two boys one whomis disabled and dla have told me my son is not mentally impaired and wont give him the high rate of dla or mobility and I look after my son 19 hours out of 24 and during the night tax wont accept 20 a month I have rung wrote been to cab I have done whst I can do and dont know how we are going to survive we will end up once again loosing our home as we cant pay bills buy food as we have alot of mobey took off us tbrough benefits dka not giving us correct incone tax taking too much money I am going though cancer too with the famiky its sooo hard at present and its making me extremely poorly I need help asap as I fear for my family
twickers - 14-Nov-17 @ 11:17 AM
@Gilly - this is why it pays to shop around!A lot of companies bump up the price when they know it is an insurance company claim, which is not good as that in turn bumps up our insurance premiums. I'd ring the firm directly and ask them to explain the price differentiation.
Sue - 21-Nov-14 @ 2:45 PM
I have recently scratched the bumper of my car.As there is a repair specialist 5 minutes from my home I took the car there to get an estimate for the repair.The first guy to approach me said £250 and then asked his boss to come and have a look, his boss told me it usually costs £180 but I'll only charge you £150 plus VAT!!I came away thinking I'll just buy a kit and do it myself, later that day a friend recommended another repair company not too far away.I took my car there yesterday and he has quoted me £75 - £85, I have now booked my car in with them. No damage done, you may think!But why the huge price difference?How many people are paying more than double for this kind of work.Is this the kind of practice in play when it is usually the insurance companies who are paying? I'd be interested to hear some thoughts.
Gilly - 21-Nov-14 @ 1:38 PM
Title:
(never shown)
Firstname:
(never shown)
Surname:
(never shown)
Email:
(never shown)
Nickname:
(shown)
Comment:
Validate: